Books to Read Before My Flight to Lagos 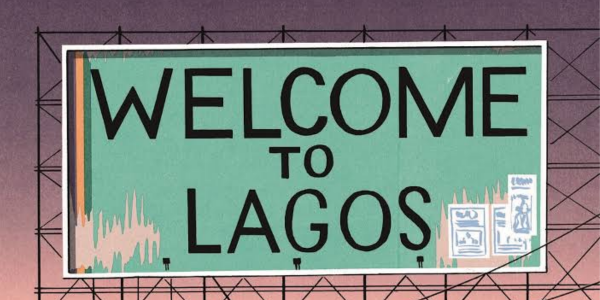 Always having good books to read is like compiling a great bucket list. It’s not different with booklovers, ever before they search for flights to Lagos. The chaos of the city welcomes and feasts with your mind. Your best adventures might – in the end – be the ones that happened in the head.

Good reads about other cities get you to discover places, activities, sights and attractions and also familiarises you with cultures and customs without leaving your bed.

Books I read in time for my experience in Lagos are noway different. Yet, they paint a vivid narrative of class struggle, corruption, bursting busyness, a cacophony of deafening honk, drum, pidgin, loud music, insults and roar. Stories that garnish all the positive and negative propaganda altogether with crazy nuances set in marvellous sites in the emerging glamourous city.

Many desires to travel; few only get to depart via books. It’s like packing stuff – gym clothes, page-turners and quirky devices – that you rarely get to use once the views inspire and liberate your mind as you travel.

Welcome to Lagos – By Chibundu Onuzo

This entertaining satire might as well be your gateway sign to Lagos (not that you’ll ever find any, anyway).

The author skillfully spins multiple storylines and characters together to portray a culture that blends and clashes with the ideas of her colonial master.

Five misfit strangers of worrisome pasts cross paths in search of comforts and possibilities likely in the city. Gullible about the ills of society, they’ll have to choose between selflessness and self-interest when faced with someone else’s crime.

It covers the complicated and contradicting aspects of Lagos. Onuzo relied on the inexperience of her visiting characters to introduce the obscurities of the city in bits.

“If you prefer sitting in traffic to sitting at your desk, if you pass office hours waiting for closing time, if you spend more time on Facebook than you do attending to important emails then perhaps it’s time for you to consider quitting your job.”

Everyone is uniquely different and you find it difficult to pick a favourite.

A riveting composition from the award-winning City Noir Series by Akashic Books (a Brooklyn-based independent publisher).

Chika Unigwe and Onyinye Ihezukwu each provide the most heart touching compositions in “Heaven’s Gate” and “For Baby, For Three”. They both explore the struggles for survival in a society that marginalises and exploits by every means necessary.

Nnedi Okorafor tinkers with fabulism in ‘Showlogo’. Jude Dibia exposes the reality of a corrupt institution fighting tooth and nails to suppress fairness in ‘What They Did That Night’. ‘Uncle Sam’ by Leye Adenle adds a twist to the Nigerian email scam

Everything from then on seemed to happen fast, just like life in Lagos—the real Lagos, not the make-believe utopia of these island estates, where rich people’s children rode fancy bicycles, played basketball, and had nannies and gatemen. Complete darkness came swiftly. Lagos nights could be unforgiving.

Jude Dibia “What They Did that Night”

a definitive and visual guide to the Eyo Festival

A masterful depiction of one of Nigeria’s foremost cultural heritage.

It puts different aspects of the Eyo Festival on the front burner tempered by an unflinching passion for travel and culture writing.

White Lagos tells the extraordinary details and experiences that’s made the ‘Eyo’ masquerade and its pageantry a top tourist attraction in Lagos.

What Samba is to Brazil, the Eyo is to Lagos.

One of several books you read while assessing whether or not to return to Lagos from the diaspora.

The stories in this collection extend a popular belief: Lagos invites no one yet engages many (regardless of origin) as much as they choose to stay and experience it all.

It paints a rich kaleidoscope of everyday Lagos living. From the exploitive landlord tactics, unruly decorum of the hoodlums (‘Agberos‘) lingering about bus-stops, infidelity, the questionable means of religious leaders to the nasty personalities of commercial bus drivers (‘Danfo‘ drivers).

When the patriotism of a foreign-educated graduate is quickly shattered by the overwhelming hassles and erratic ambience of a megalopolis, it must be Lagos.

An innate Nigerian perspective of the life of a Lagos-London tourist.

A comprehensive glossary of slangs and other humorous lingoes specific to both cities.

Bobo – ‘The Renaissance Man‘ – Omotayo compiles his experiences in one neat, relaxed, humorous and satirical book.

Some of the work had previously been published in his column on BellaNaija, ‘The Friday Track‘.

The Beatification Of Area Boy: A Lagosian Kaleidoscope by Wole Soyinka

Soyinka paints the African society in subliminal lines. Laugh at the nonsenses but learn from it.

No one does poetry better than the Nobel Laureate.

The play is set in Lagos in an opulent shopping plaza yet focuses on the entire social, cultural and political system in Africa (most importantly Nigeria). Its conversations are loaded with subtle hints at power abuse, economic marginalisation and domination.

He makes a contemplative effort at projecting creativity with numerous characters segueing into one another. These characters occasionally provide the plot twist as they’re gladly beguiled by the sly and manipulative Sanda.

Everything Good Will Come by Sefi Atta

More of a Lagosian’s throwback to the city there once was and the one we’ve had to monkey with.

The story casts an enormous spotlight on the challenges of being a modern-minded woman in Nigeria. Atta’s vivid representation of post-civil war Lagos will endear a contemporary Lagosian to much of the city’s original parts lost as the sands of time slip by.

Is it how it juxtaposes an ever-fresh showcase of the glamorous life in Fuji and ‘Owambe‘ (Yoruba parties)? How about its reflections on painfully real situations; the patriarchal society? In the voice of Buchi Emecheta, “is like listening to an old friend and bringing up to date and to life happening in our beloved city of Lagos”.

Everything Good Will Come is the true insider guide to surviving the socio-economic travails of the middle class. Love or loathe its narrator, Enitan, for her self-conscious and assertive stance, it says sexism, corruption and hypocrisy still exist. Obviously, one of the books you will like to read.

LAGOS: City of the Imagination by Kaye Whiteman

Lagos is better experienced than understood.

Veteran journalist and writer Whiteman chronicles the origins of Lagos as both an extension of the Benin Empire and a city of timeless multicultural influence owing to her colonial pedigree. It explores turning points in the history of the megacity.

It’s one of the great books to read and learn how Britain annexed Lagos, Independence in 1960, the 1966 coup, FESTAC 77 and the assassination of Murtala Muhammed. It also depicts some historical juggernauts, including Oba Kosoko, Madam Tinubu, Sir Bernard Bourdillon, and Lord Lugard.

The Carnivorous City by Toni Kan

Lagos is a beast with an insatiable appetite for human lives (judge this one by its cover).

It breaks down the Lagos vibe. Grabs you by the hand and guides you to its landmarks and prominent parts. The book refreshes the insider’s memory and feeds outsiders’ imaginations. Of all the books you will happen to read about Lagos, not portrays its people like Kan’s classic.

Little did Abel know Lagos has fangs when he left his serene Asaba to hunt for his missing brother, Soni. The search opens up certain realities about himself. He eventually overstays his invite to explore a side of him that took priority over the search.

What will you do if aliens finally descend upon Lagos?

Our roundup couldn’t have been spot on without fiction. The story reminds me of ‘Mamy-Wata‘ folktales set in the Atlantic ocean on the coast of modern-day Lagos.

Adaora (a marine biologist), Anthony (a Ghanaian rapper), and Agu (a soldier) are mediators between humans and the aliens. The conflicting elements of the story emerged when a shape-shifting extraterrestrial (named Ayodele) followed them out of the sea. None cared about its promise of peace and security. They, instead, take advantage of the chaos to loot and riot.

Okorafor’s attempts at Pidgin has been critiqued by some as “terrible dialogues” yet its collective points of view and genuine back-and-forth will certainly intrigue sci-fi newbies.

“Adaora was beginning to see why Ayodele’s people had chosen the city of Lagos. If they’d landed in New York, Tokyo or London, the governments of these places would have quickly swooped to hide, isolate and study the aliens. Here in Lagos, there was no such order.” 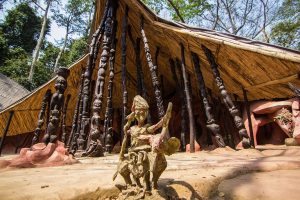 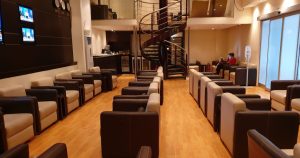 Have you got a flight departing from the Lagos Airport? Have you arrived early for your departure? You’ll be impressed with these airport lounges.