5 Surreal Places Around The World 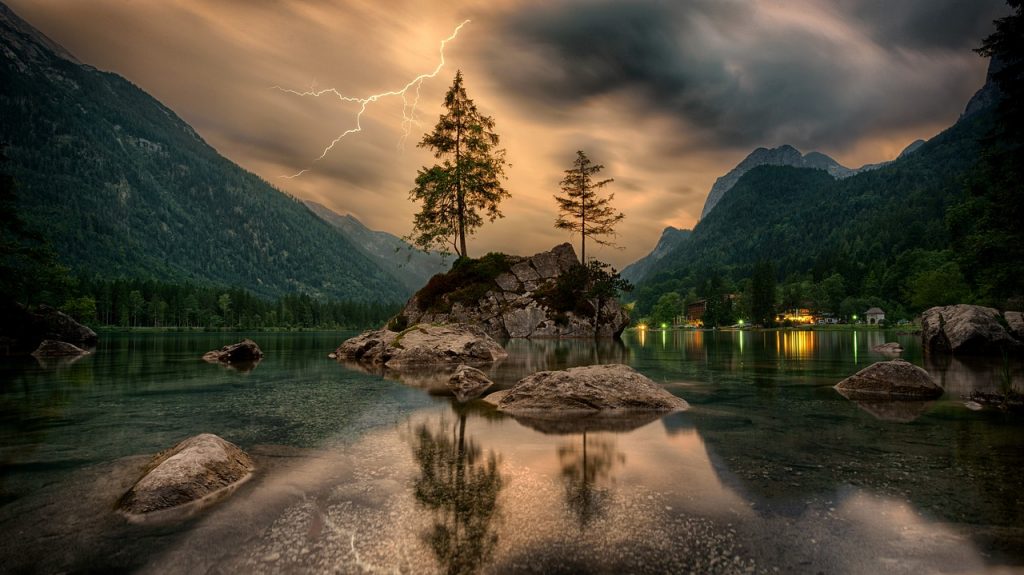 These places are natural embodiment of the planet earth and they are spread in different parts of the world, continents and regions. These places are not just fantastically beautiful in sight, some of them are actually natures gifts to mother earth.

Here are our top picks for the 5 surreal places around the world.

This is the worlds largest salt flat and used to be part of a prehistoric salt lake, Lago Minchín, which once covered most of southwest Bolivia. Salar De Uyuni has been likened to be a desert, however unlike traditional desert that is filled with sand, this one is is dominated with glistening white vast salt. The region is completely flat covered with salt and underneath it are reservoirs of lithium-rich brine. Its a known fact that a huge percentage of the worlds lithium reserve are found in Salar De Uyuni.
It has been estimated that this region contains approximately 10 billion tones of salt and until date, theres not been any concrete explanation how Salar De Uyuni was formed.
SALAR DE UYUNI, made our list of top 5 Surreal Places Around The World

You can choose to get there from Ororo which is 7 hours by train and 8 hours by bus. Alternatively you can take a bus from La paz or Potosi. However you can choose to fly into Uyuni’s small airport 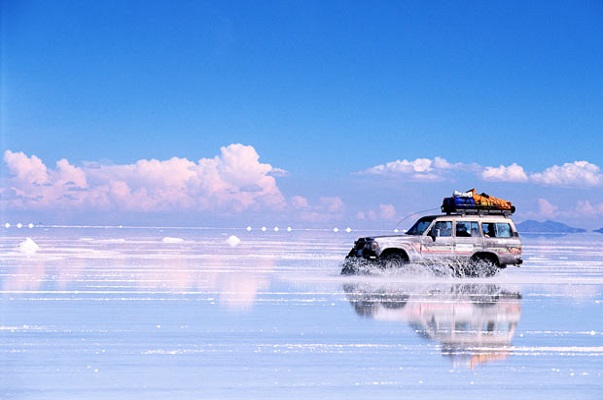 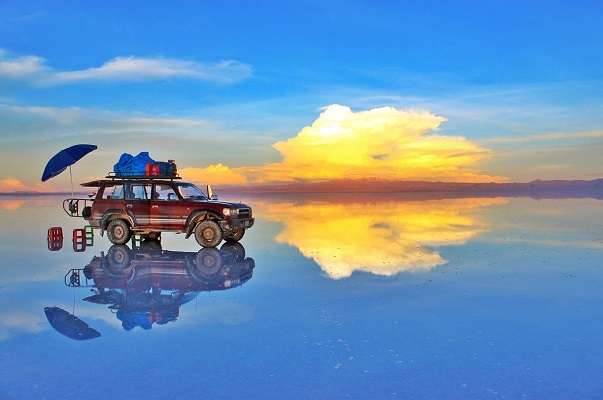 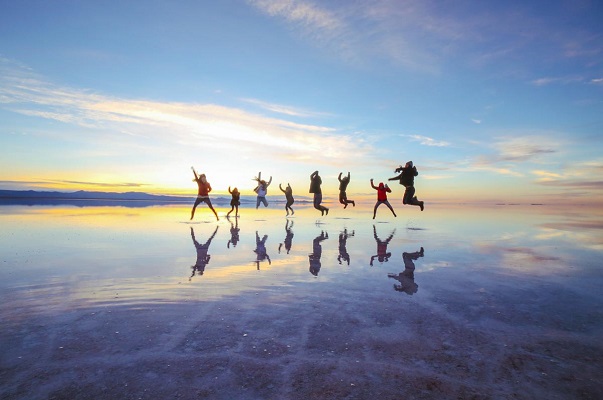 This place has been termed as the most popular attraction in Turkey.  Its actually a natural formation of mineral springs set on massive travertine terraces built up over millennia by limestone deposits left behind by running water. It’s also the site of the well-preserved ruins of the Greco-Roman city of Hierapolis, which was originally built around a warm-water spring. With such a unique combination of natural and man-made wonders it’s little wonder that Pamukkale-Hierapolis has been made a Unesco World Heritage site. With over two million visitors annually, it is also Turkey’s single most visited attraction.
PAMUKKALE THERMAL POOLS made our list of top 5 Surreal Places Around The World

The majority of tourists travel to Pamukkale generally from the popular resort destinations along the coast such as Bodrum and Fethiye, which are a 3-4 hour bus ride away. If you choose to fly, Denizli Cardak airport is an hour’s drive from Pamukkale and has direct flights to and from Istanbul. 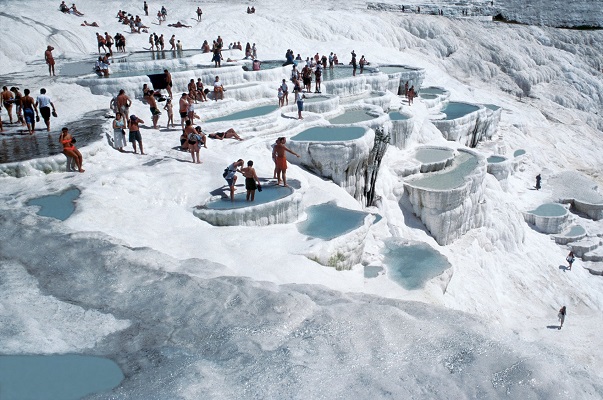 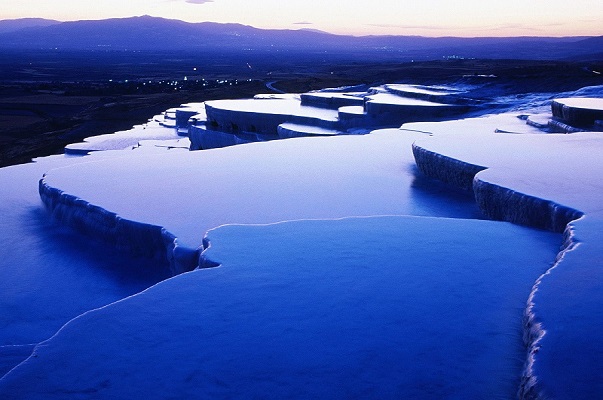 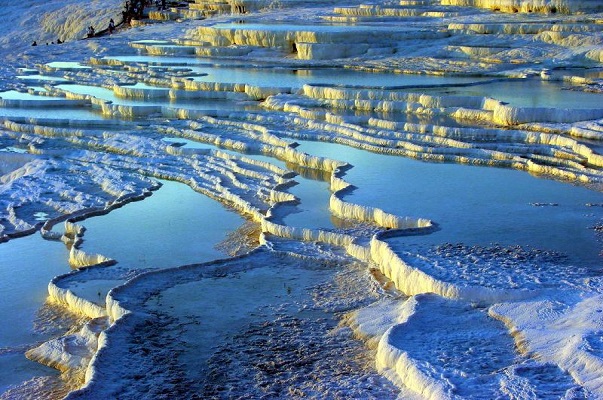 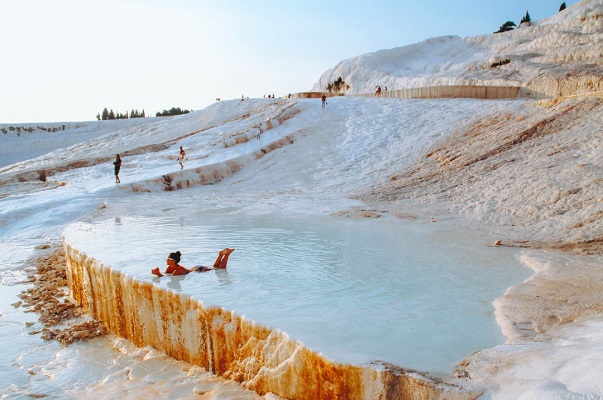 As if the islands of the Maldives weren’t already heaven on earth, come night time, Vaadhoo Island reveals another mystical surprise: Glowing blue waves, lapping the sandy shore, like something out of a fantasy land.
The stars are actually as a result of natural chemical reaction knows as bioluminescence where microorganisms in the water are disturbed by oxygen. The result is a glittering and sparkling sea water, known as the sea of stars. As the waves crash on the beach, the water glows in the dark and acts like a mirror that reflects the sparkling stars above.
SEA OF STARS, VAADHOO ISLAND, MALDIVES made our list of top 5 Surreal Places Around The World

Getting there
Vaadhoo Island is a 15-minute speedboat ride away from the main international airport of Malé. 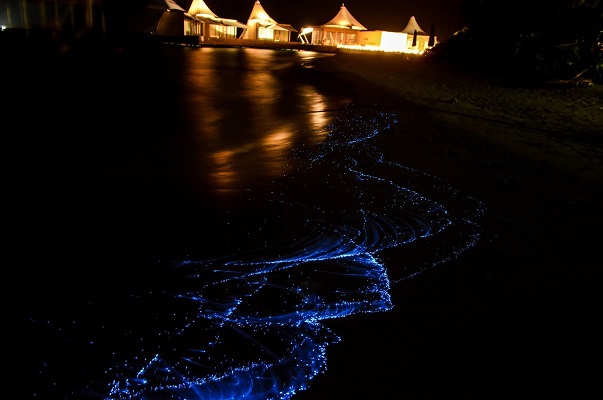 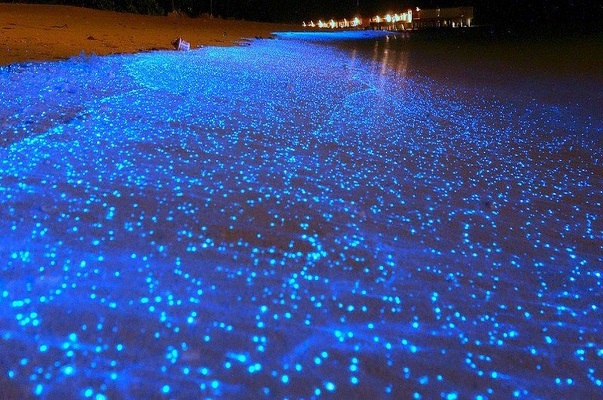 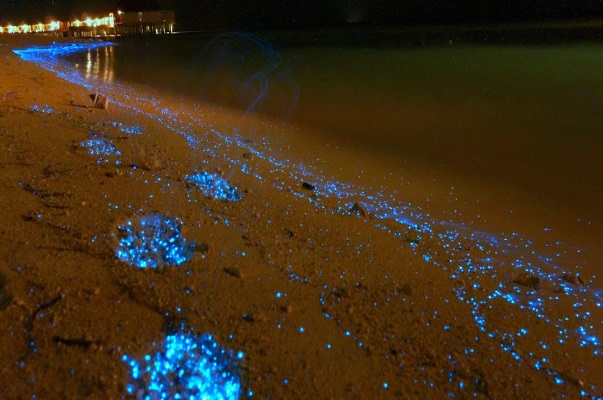 For those of us who are head over heals in love, this tunnel is actually a destination you all should really consider. The Tunnel of Love, located in Ukraine, used to be a normal train rail section, however over time it has turned out to be an amazing romantic spots on Earth. In recent times this tunnel has turned out to be very popular across the world.  it is believed that if two people are sincere in their love and cross the tunnel while holding each other’s hands, their wishes will come true.
TUNNEL OF LOVE, KLEVAN, UKRAINE made our list of top 5 Surreal Places Around The World 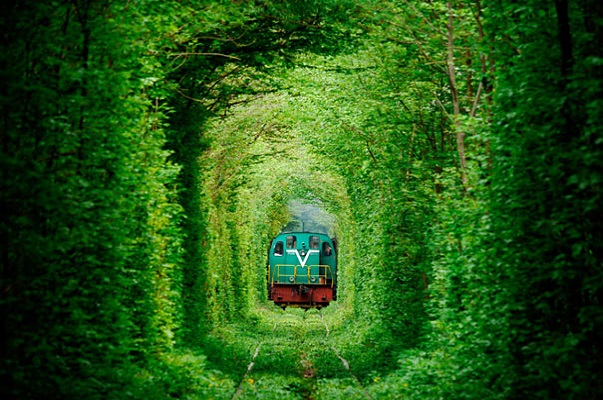 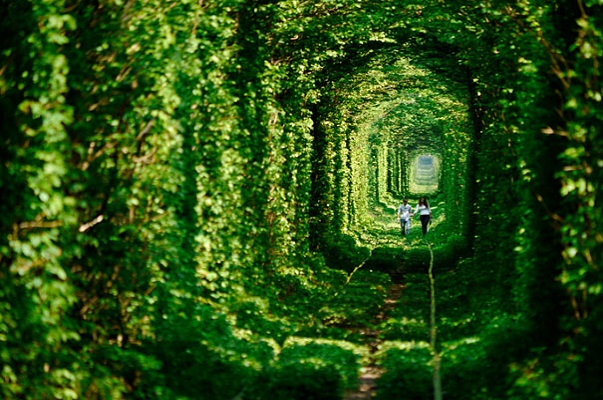 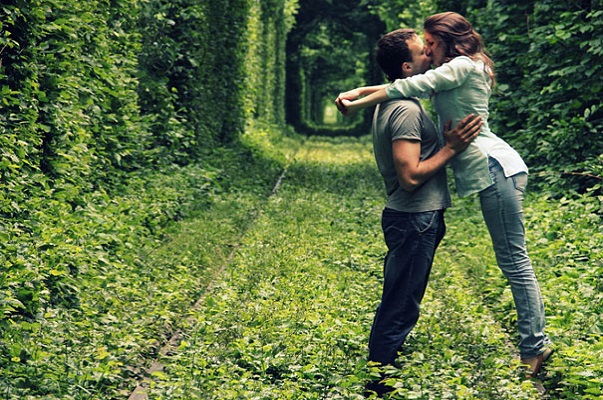 Aogashima is a volcanic island located 200 miles off the coast of Tokyo. The island is 358km away to the south from Tokyo city center. Its is known as the smallest village in Japan with around 160 villagers. With this number of people living, there is only one postal address to the island. There is no restaurant, but there are two Japanese bars( Izakaya) on the island. Islanders make a local alcohol Shochu (30%) from sweet potato called “Aochu “.
AOGASHIMA, JAPAN made our list of top 5 Surreal Places Around The World 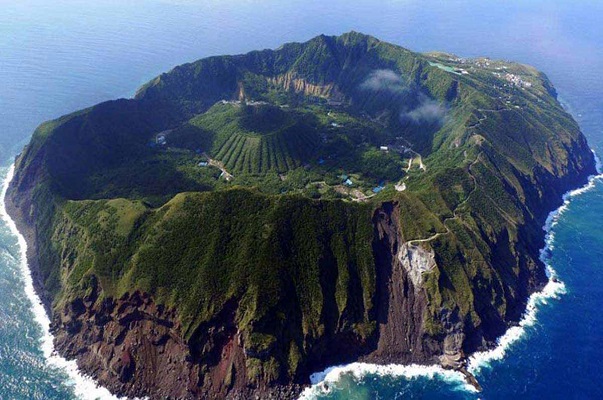 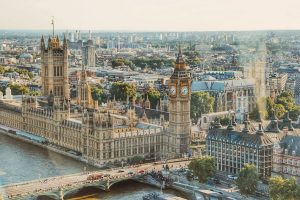 In an ancient city like London,  there are abundant non-Cliché things to do in London. Between London’s state of the art museums to sprawling architectures 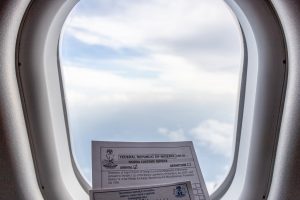 Nigeria International Flight Resumes – Do You Know the Schedules?