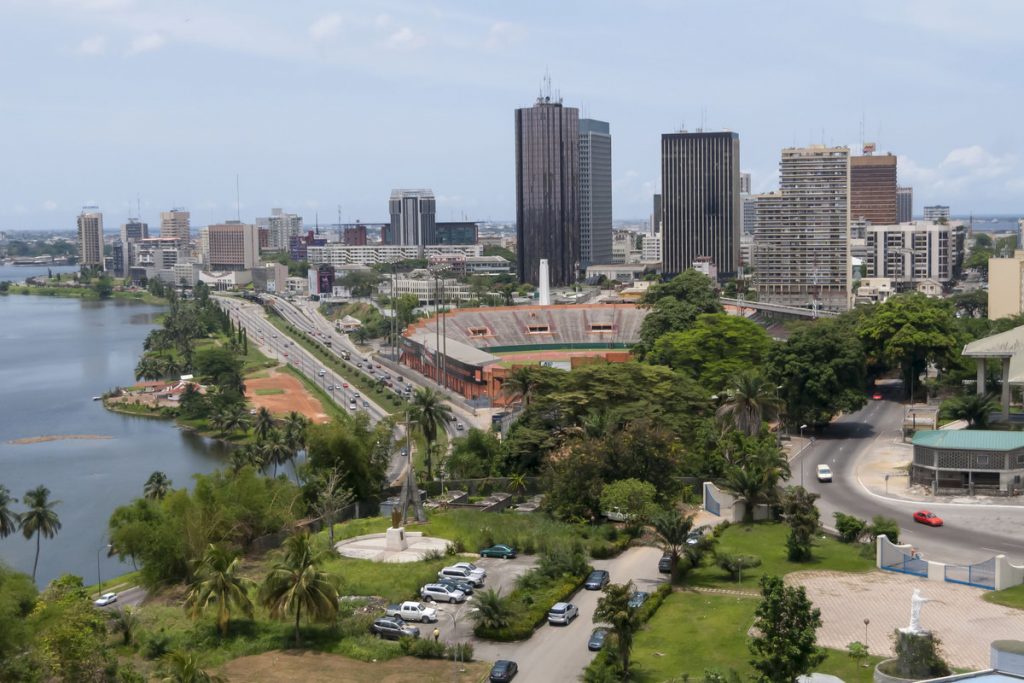 The West African region is a beautiful part of Africa with rich and diverse culture, religion, folklore, customs, values, and people living closely together. Traveling through West Africa you will feel as though you’ve arrived in a different stratosphere simply because of its many religion, amazing history, food, geography, breathtaking scenery, cultural practices and cheerful locals amongst many other things, hence we recommend to you some top west African countries to visit.

One of the strengths of this region is its unity in diversity which is so harmonious amongst its inhabitant as well as the level of joy they expressed irrespective of their economic situation is a wonder to behold. Vecta travels the best travel agency in Nigeria brings:

Ghana means “Warrior King” which was a title conferred on the ancient kings of their kingdoms before civilization and colonial rule. The colonial masters saw it as a good name to be given to the first African country to gain independence.

Ghana has seen its share of economic and political struggle yet still standing strong and has celebrated years of constant electricity, stable democracy and has well-planned cities.

When you visit the country’s capital Accra, be ready to be immersed in its diverse culture, one that is captivating and bubbling with exciting activities, top-notch nightlife, amazing cuisine, festivals, and interesting all year round. Some of the things you could possibly do can include learning more about the African history, explore its fine and pristine beaches, take an exciting tour of its various slavery museums, art shops, numerous markets and buy souvenirs to remember your trip with.

This trip to Ghana can take you a minimum of five days to completely explore what they have to offer in each city. Do take your time to visit the coastal palaces like Elmina castle which was one of the operations bases for the Trans-Atlantic slave trade and you will see where the slaves were kept in holding cells beneath the castle till their ship for transportation to the Western world arrived.

Another stop to be made is to the Kakum national park; where endangered wildlife, flora, and fauna are being protected. The park is located in the Southern part of Ghana with the 2nd longest Canopy walkway in West Africa. Some of the most protected endangered wildlife species are the Diana monkeys, Bongo antelope, and many others. The park is usually open 6 am to 4 pm daily irrespective of public holidays year round. 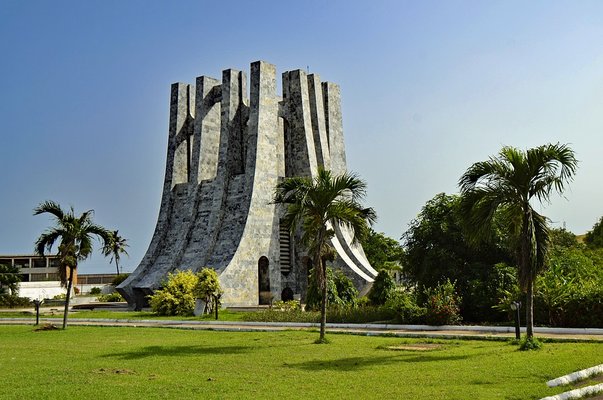 Nigeria got its name from the River Niger which is the largest river in Africa. The name came to be with the arrival of the colonial masters and reporting skills of a British journalist- Flora Shaw.

Nigeria also termed as the ”Giant of Africa” is known to be a developing country with a relatively stable economy, power supply, a commercial hub in Africa as a whole, is also well known for its diverse culture, languages, and practices.

When you visit the country’s capital which is Abuja, be ready to be impressed with the well-planned city, impressive buildings, good road network, serene environment, constant electricity, and safety. Lagos, on the other hand, is the commercial hub of Nigeria due to its proximity to the sea and this alone has increased the commercial activity in this region even though the colonial era.

Nigeria as a whole has too many places you can visit and still you won’t be able to go through all the parts even through a lifetime. Lagos boasts of places like the slave Port in Badagry, the point of no return, the National theater, Silverbird Galleria, Nike art gallery, Terrakulture, Lekki conservation center, La campaign Tropicana resort, various beaches on the island and many more.

Other places to consider during a visit to Nigeria include national parks and games reserves in Bauchi, Agodi Gardens, Obudu cattle ranch, Tan Nappa in Calabar, Yankari games reserve, Kokomo national park, Kahuku national park to mention a few.
Nigeria is a very popular country in that, out of every 10 Africans you see in across the globe, perhaps 4 can be Nigerian and where ever Nigerians go to, they are proud to say it. There is even hardly discussions about Africa that ‘Nigeria’ will not come up as part of the top west African countries to visit 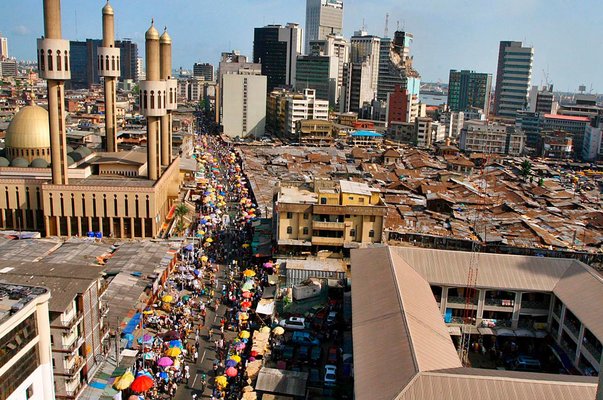 Senegal means “Our Canoe” it was derived from the Senegalese river and some controversies which took place during the colonial era, however, it has been adjudged as one of Africa’s most stable political country since their independence in 1960.

Senegalese are known for their craftsmanship with the building, repairs of boats and ships and their economy of Senegal depends on the extraction of natural resources and commercialization.

In northern Senegal, the enigmatic capital of Saint-Louis, a Unesco World Heritage Site, tempts with colonial architecture and proximity to scenic national parks. Along the Petite Côte and Cap Skirring, wide strips of beaches beckon and the wide deltas of the Casamance invite mesmerising boat journeys amid astounding biodiversity, including hundreds of bird species.

A visit to Senegal would take you a minimum of seven days with enough time to sight see the capital, Dakar which is a dizzying cacophony of activities and the great introduction to the country. Here elegance meets chaos, snarling traffic, vibrant markets and glittering nightlife, while nearby Île de Gorée and the beaches of Yoff and N’Gor you can tap dance to the slow lazy beats of their traditional musicians.

Other places you should not miss visiting is the Natural Reserve of Popenguine. This natural reserve area is located at the edge of the Atlantic Ocean characterized by sandy beach overseeing the vast cover of the ocean. Popenguine is also well known for its sighting of the reserved Black Madonna hence making it a serious religious site in Senegal. 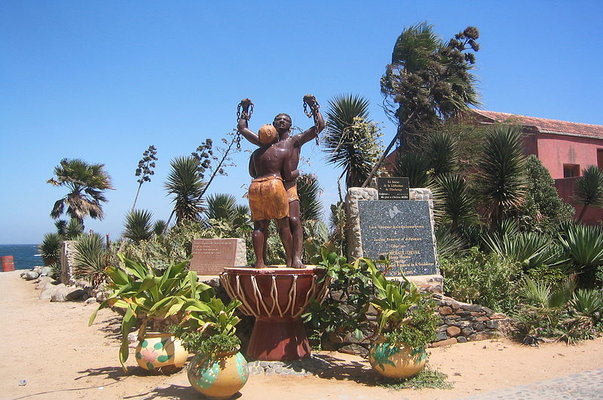 Mali, which is the arid environment with the Saharan desert close to the country got its name from the old Mali Empire which first meant “Hippopotamus”  and the later “the place where the king lives”. Mali has seen its fair share of military coups and economic instability but it keeps rising above all this.

When in the capital of Mali, Bamako ensure you visit the Musée National which does great justice to Mali’s rich culture and history. Shop in Bamako’s vibrant markets, and eat traditional Malian food which is mostly made of seafood. The nightlife and the music scene in Bamako are ensured to leave you in awe long after It’s over. This city makes the perfect first stop on your Mali adventure.

A visit to Mali takes a minimum of seven days especially if you want to understand the culture and rich history of the destination. Visit the oldest known city in sub-Saharan Africa and one of the most important centers of Islamic education in Mali, Djenne. It’s home to the largest mud-built structure in the world, the Great Mosque. It is the first ever mosque to be erected in the 13th century, this structure is revered as one of the foremost landmark beauty in Africa.You get the feel of the pre-colonial era in sub-Saharan Africa with hidden doorways to explore, mud courtyards to visit and the Berber culture. Also, visit the mud-dyed tapestry workshops of Djenne to learn how the beautiful tapestries you admire in the markets are being made.

Other things you can do while in Mali is taking a trek through the Sahara desert from the city of Timbuktu with a guide. Your guide gets to explain the intricacies of the Sahara trade route during the 14th  century, their challenges and how to handle the desert weather. Mali is definitely one of the top West African counties to visit 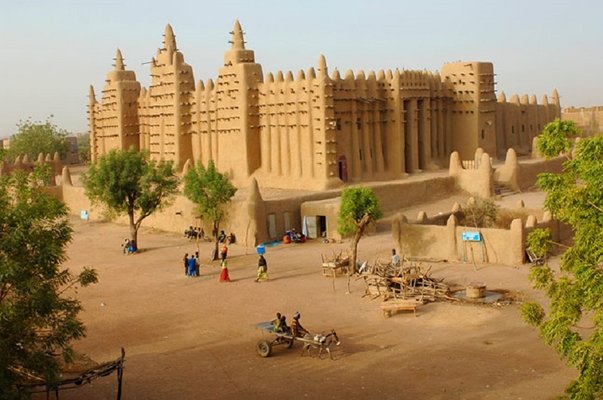 Ivory Coast got its name from several encounters with the French and Portuguese sailors. They describe the coast they entered as being the teeth opening up to several coasts. Since Ivory Coast’s independence, the economy and political activities have been peaceful and accommodating. It’s a nation that is fast modernising its lifestyle and culture but managing to do so without losing its identity.

The capital of Ivory Coast, Abidjan is definitely one of the top west African countries to visit owing to the fact that it is quite a stunner with its star-studded sands, palm tree forests, very fascinating scenery, fun filled habitants, a bustling business district and a more traditional area known as Treichville, the heart of the action where bars, nightclubs, and restaurants can be found along with the central market

A visit to Ivory Coast would take a minimum of seven days for properly exploration and sightseeing. The main highlight in Yamoussoukro the capital of Ivory Coast is the Cathedrale Notre Dame de la Paix. This gigantic architectural landmark is a replica of St Peter’s Basilica in Rome, and while smaller than the original church, the amount of stained-glass present is greater than the total area of all stained-glass fixtures in France. Being the birthplace of the country’s long-term first president it benefited greatly from development. In addition to its architectural landmarks like the cathedral, mosque, and palace, the city boasts other interesting areas like a colorful market.

Other landmarks to visit include the Parc National de Taï with different species and nut-cracking chimps under the boughs of its trees. While the peaks and valleys of Man offer a highland climate, fresh air, and fantastic hiking opportunities through tropical forests. The beach resorts of low-key Assinie and arty Grand Bassam are ideal for weekend retreats from Abidjan, the capital in all but name, where lagoons wind their way between skyscrapers and cathedral spires pierce the blue skies. 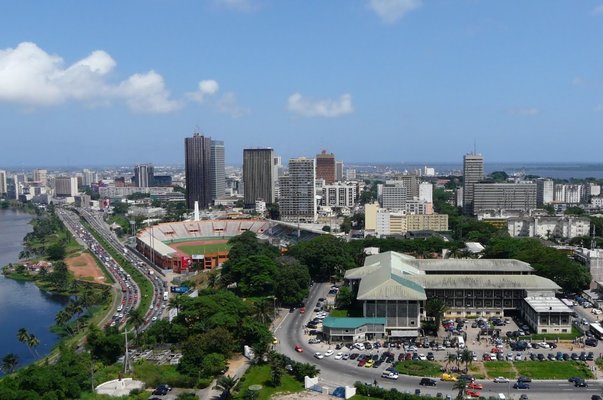 These are the top West African countries to visit for a nice holiday. Stay safe, have lots of fun, and tales to tell on your return home. Have you visited one of these countries? Comment your experience below.

Places to Kayak in Lagos 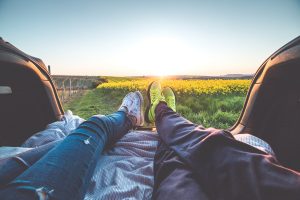 Honeymoon is a traditional vacation taken by newlyweds to celebrate their marriage in intimacy and seclusion. The etymology of the word comes from the old 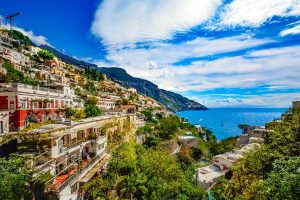 The time comes when the body and soul are in sync, searching for quiet. You decide to travel then you cannot seem to find a